The Unintended Consequences of Writing a Manifesto

On January 9th, 2019, Storyboard Media celebrated its fifth birthday. Five years has long been the benchmark for small business survival, with 50% of small business failing to last that long. We’ve had our moments where we weren’t sure we would survive, as well as moments where we felt unstoppable and without competition. And pretty much everything in between. But it was a moment worth celebrating.

So how did we celebrate?

We started a movement.

Ok, that might be a bit apocryphal. And a bit self-serving. But humor me for a few minutes.

On our fifth birthday, we published what began as our hero piece of content. Our manifesto. A list of the seven things we believe are necessary to practice effective video for business. Our 95 7 theses. We called it: The Video Reformation | A Manifesto by Storyboard Media (I recommend opening it in a new tab and giving it a quick read. I’ll wait).

Titling our manifesto The Video Reformation may sound like we were deliberately launching a movement in that moment. But our thought process in developing it was much more short-term.

We’ve known for a couple years now that we’re not just a video production company, but we’ve struggled to shake off that moniker. We know that most of our clients need more than just a company to shoot and edit the videos they think they want. In our experience, our clients are more in need of a guide through the mysterious world of video for business.

We’ve spent most of the last two and a half years not just producing their videos, but also helping them make strategic decisions on what videos to make, why to make them, how to get those videos in front of the right people at the right time, and attributing revenue to video content. And still, we’ve struggled to shake off the moniker of “video production company.”

We spent a good portion of last fall assessing, defining, and then refining our basic positioning and, over the course of several weeks, zeroed in on the following positioning statement[1]:

Just being able to verbalize that to clients, prospects, and – quite literally – anyone who asked was empowering.

Now that we had staked our claim to that narrow slice of the world, we had to understand what was unique about our perspective. What’s our point of view? What do we know to be true that our (now narrower list of) competitors don’t see?

So there’s the big question: what do we believe?

Knowing what we believe isn’t that hard; it’s articulating it that can be difficult. One of the obstacles of many small businesses like ours is that the beliefs of the business are mostly abstract threads of marginal consciousness in its co-founders’ heads (much like this article).

So what do we know to be true about video? We started the exercise with fully formed sentences like, “Video is a practice, not a deliverable.” “Video should be an investment, not an expense.” And “Everyone’s watching; don’t fuck this up.” (The first two survived to the final piece; the third did not.) It quickly devolved from there. What started with fully formed sentences skipped right over incomplete clauses and went straight to single words. Essentially all we could muster was trying to finish the sentence, “Good video is…”

Words like effective, engaging, shareable, useful, complementary, impactful, targeted, compelling, and provocative. After multiple post-it-note infused brainstorming sessions, we found ourselves with about eight categories or groupings of words. Things we thought finished that sentence. 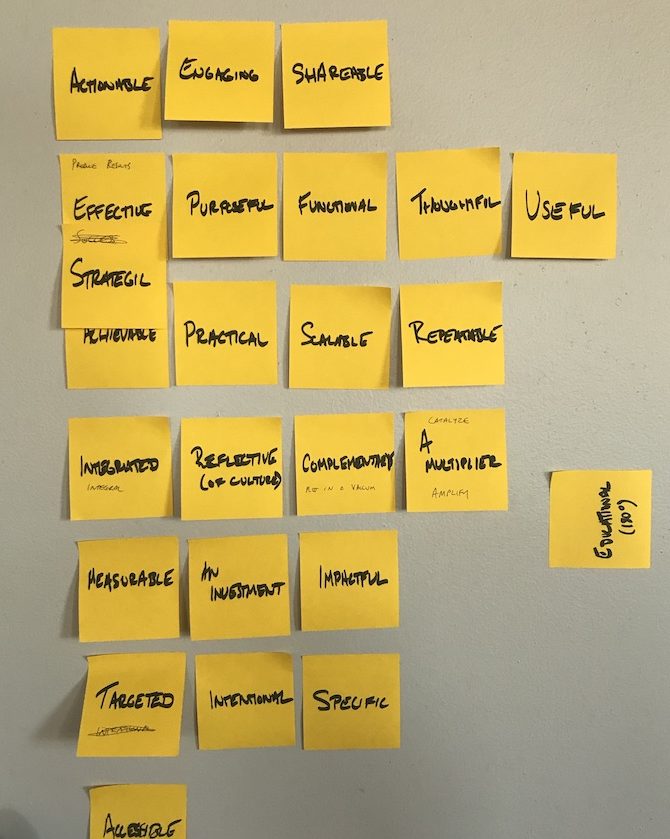 The words that best represented what we believe is necessary to practice effective video for business boiled down to:

From those words evolved our 7 theses and 1 guiding principle – being strategic (Have you read it yet, or just have it open in another tab?)

Next we needed to frame the conversation properly.

A Practice, Not A Deliverable

One of the burdens we bear is helping businesses understand that “video” isn’t just the digital file that gets delivered at the end of the editing process. To us, video is the continuous cycle of strategizing, creating, distributing, promoting, analyzing, and applying what you’ve learned to the next iteration. Video is a verb, not a noun. Video is a practice, not a deliverable.

Video can be done poorly. Video can be an expense. Video can have no purpose. But I don’t think we could build much of a business going around telling people to do video just for the sake of doing video. So what we’re really talking about here is practicing effective video.

Given that our clients are corporate entities, not individuals, we also felt that it was important to indicate that when defining effective video, we really mean effective video for business. When it comes to video, we don’t pretend to care about the terms “viral,” “cat,” or “kidsgettinghurt” – but definitely check them out on Instagram; they’re hilarious.

Our manifesto[2] could easily have become an internal tool. A set of rules for our company that gets printed on a vinyl banner and hung a little crooked on a wall in our office. But as we started refining each of our 7 theses, we felt like we were crafting a set of rules that wasn’t as much for us as it was for everyone involved in creating video for a business.

By starting each thesis with “We will…” we could visualize a marketing department reciting the 7 theses in unison at each weekly departmental meeting. Much like we did with Blair Enns’s Win Without Pitching Manifesto in ritual fashion several years ago. This isn’t a God complex (I swear); this is how we operate in our office when no one’s around.

And by replacing “woulds” and “coulds” with “musts” we not only turned potential suggestions into hard and fast rules, but it deepened our conviction in each of the theses.

And that’s precisely the moment the movement started. We weren’t its leaders as much as its first members. By going through the exercise of articulating what we believe about how to practice effective video for business, we became better believers ourselves.

But if we were just going through the exercise of articulating what we believe, I bet there are other people out there who believe the same. I know it.

It’s only by sharing what we believe that we can attract and convert like-minded people. And if some of those like-minded people become our clients, then we have the foundations of a wonderful partnership. A shared True North.

And it’s important to note that while this article may come off as self-important, we didn’t set out to start a movement. And this certainly isn’t the only way to do video. But it’s our way. It’s what we believe. And we believe in it strongly.

So I invite you to join our movement. Our video reformation. If it’s what you believe – or could believe.

And if not, I encourage you to start your own movement. It’s kind of fun. Show us where we’re wrong.

1. One of the most important things we learned from David Chapin of Win Without Pitching is that “done is better than perfect.” To that end, any positioning statement is always a living document. Able to be perfected over time, but always a little fluid. We’ve tweaked our wording two or three times since the end of that term, but this is where we were when we began writing our manifesto.

2. That link you opened in a new tab.

How to Create Video FAQs That Improve Your Customer Experience 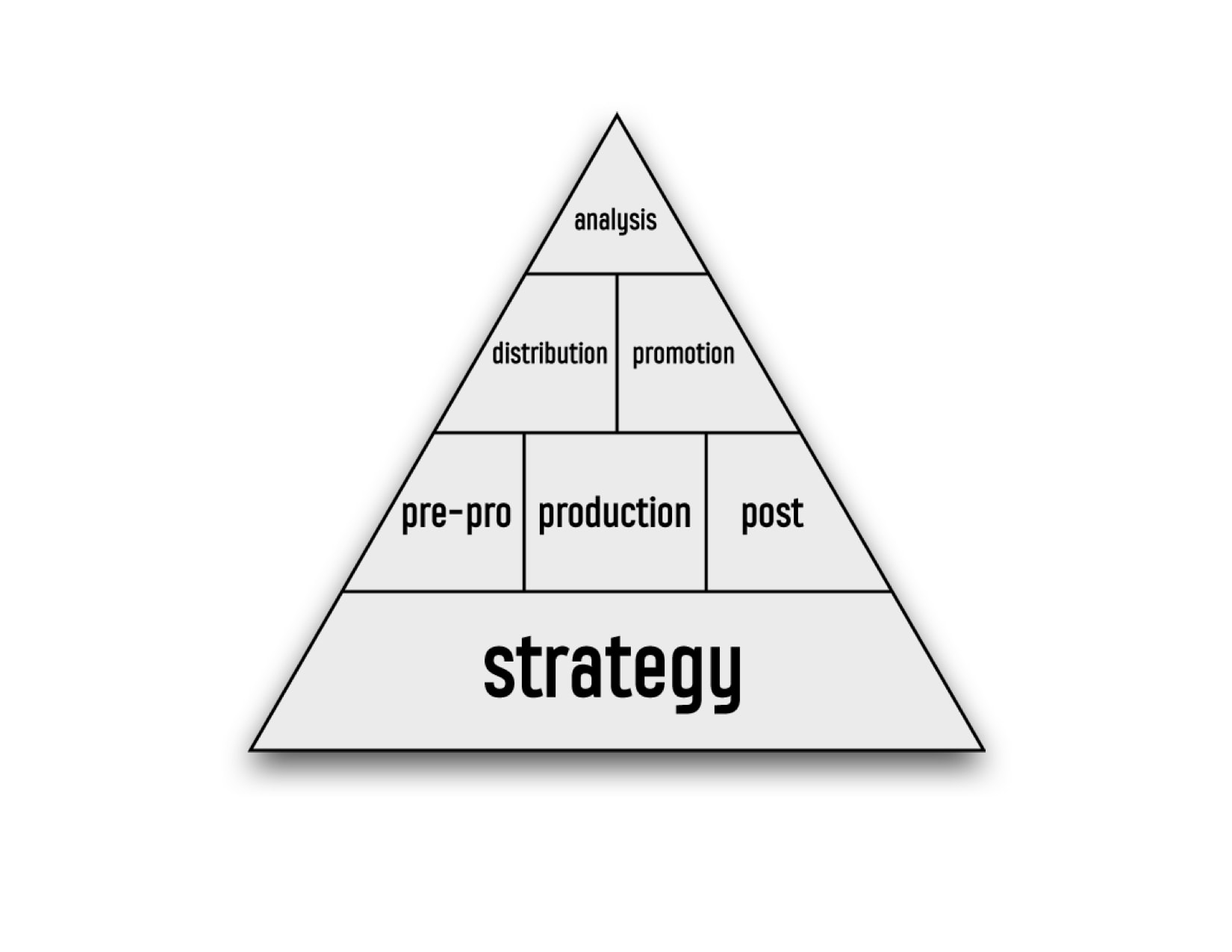 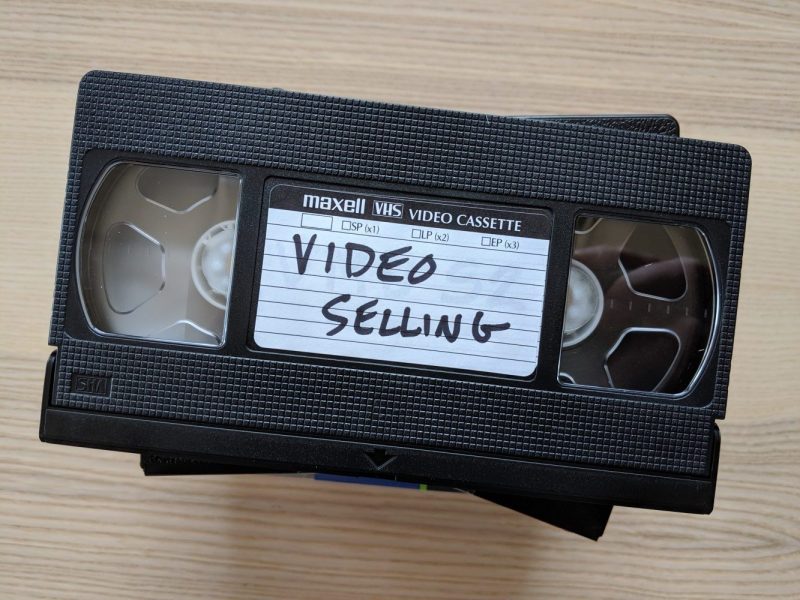 A Guide to Getting Started with Video Selling